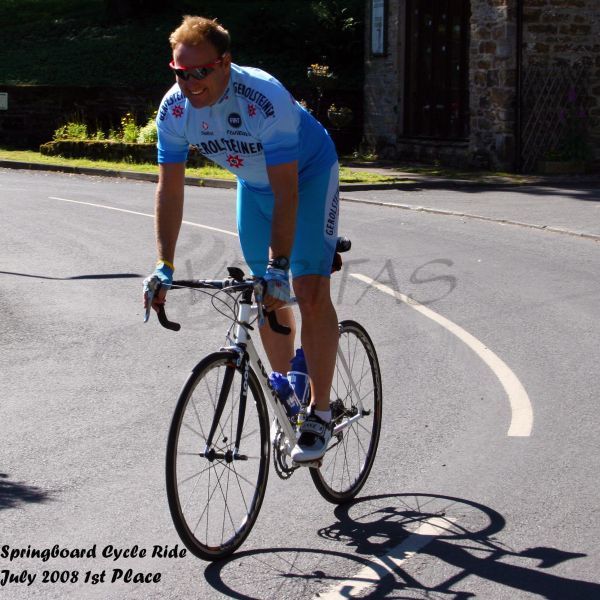 Paul Shipley MA BSc (hons)
I love nothing more than being on a bike, so when Injury struck in 2009 and I coudn't ride I decided to pick up the brush again after a few years lay off. But what to paint.
A bike race is a thing of great beauty and I try and capture the thrill and spectacle of it all in my paintings. I paint mostly in Acrylics and Gouache, but I'm not averse to Ink or even oils.
I also paint and photgraph cityscapes, there's nothing quite like walking round a city as it wakes up, even a City that claims to never sleep.
I've ridden my bike in many places and I like an endurance challenge. I even broke the Guinness Book of World Records for a cycling team riding Lands End to John O' Groats, so for a short time in the summer of 1994 I was, in my mind at least the World Champion in the rainbow Jersey. I think the record lasted 6 days (876 miles in 39 hours 42 mins and 39 seconds should you fancy it ).

I nearly won a few Triathlons around the same time too. but these days all I do is a bit of triathlon coaching and I'm content to just get out for a long ride on a quiet country road with a few cycling mates with a few sprints thrown in between pubs .